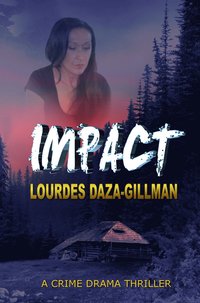 av Lourdes Daza-Gillman
E-bok (EPUB), Engelska, 2017-01-05
89
Ladda ned
Spara som favorit
Laddas ned direkt
Läs i vår app för iPhone, iPad och Android
The horrific sex murder of a middle-aged man is the start of a tough, almost bizarre police investigation. SANNA JOHANSSON and her colleague KALLE KARLSSON have been assigned to the case. Before long they realize this is a far from straightforward investigation. The entire crime scene has been decontaminated and they soon discover a connection with several unsolved killings across the country, where the methods used were identical and no clues were left behind.

As they search for the perpetrator the team becomes more and more frustrated. Are they looking for a serial killer with connections to the police and privy to inside information? Profilers claim that the murderer is most likely a well-to-do male - but won"t rule out the possibility that the crimes were committed by a woman.

The search for the culprit unlocks disturbing secrets from the past and it becomes clear that the killer plans to strike again soon. But where? When? And who is the intended victim?

The serial killings with their violent sexual character trigger a media storm, no doubt galvanized by the fact that all the victims are male.

IMPACT is the second book in the trilogy about Sanna Johansson and her colleague Kalle Karlsson. It is an enigmatic crime novel, full of twists and turns that will leave the reader clamouring to find out: what comes next?
Visa hela texten