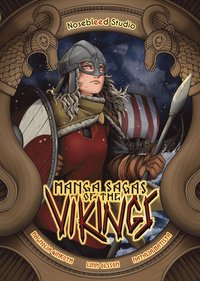 Manga Sagas of the Vikings

This anthology contains three fictional manga sagas set in the historic era of the Vikings, told through the eyes of a ship builder, a shamanistic Völva and a warrior twin couple. In the lives of these Vikings, storytelling and mystique guides them through their challenges.

Nosebleed Studio is Sweden's most prominent manga artist collective and publisher. Since the start in 2006, they have produced internationally published manga titles like Sword Princess Amaltea, Uriah and Penguin Rumble.
Visa hela texten