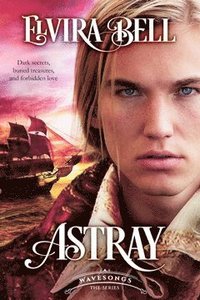 av Bell Elvira
E-bok (EPUB), 2018-05-02
39
Ladda ned
Spara som favorit
Ladda ned och läs i en e-boksläsare. Tips på appar
Nick Andrews has grown up in poverty in a tiny village. All his life he?s been told that he?s useless. After getting one scolding too many he decides to go far away, off to sea. But his experience as a farmhand has done little to prepare him for the hardships of a sailor?s life.

When his ship is attacked by pirates, Nick?s life is miraculously spared by the notorious pirate captain, Christopher Hart?a man in charge of a crew feared for their brutality. Nick is forced to join the pirates, and he dreads finding out for what reason the captain has saved him.

But Hart is nothing like his reputation suggests, and Nick soon finds himself entangled in a relationship that could endanger both their lives. Unless Nick can help Hart on his quest to find a long lost treasure, their forbidden love may tear his new life apart.

Warning: This book ends with a cliffhanger, and it does not have a happy ending. The series as a whole will have a HEA ending.