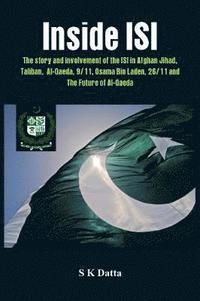 The Story and Involvement of the ISI, Afghan Jihad, Taliban, Al-Qaeda, 9/11, Osama Bin Laden, 26/11 and the Future of Al-Qaeda

av S K Datta
Häftad Engelska, 2015-05-01
499
Köp
Spara som favorit
Skickas inom 3-6 vardagar.
Fri frakt inom Sverige för privatpersoner.
Finns även som
Visa alla 1 format & utgåvor
The book is relevant to all those who wish to know why and how terrorism shifted from West Asia to South and Southeast Asia and Africa. This significant shift needs to be studied in depth for policy formulation and future strategy. The book will reveal that the so called Islamic Terrorism is traceable to Pakistan from concept to reality. Pakistan as a state has provided the platform for outward and inward march of Jihadis. For this to happen, the ISI has been playing the principal role. Thus, the focus in this book is on ISI as an instrument of spreading jihadi culture in Pakistan and elsewhere.
Visa hela texten

S K Datta was born in 1935, joined IPS in 1959 and retired as Director CBI in 1993. He had served in CBI for more than 15 years. In his long career in CBI he was involved in supervising complicated cases like politically oriented murder cases, bank frauds, terrorist cases having international ramifications. He developed keen interest in lSI sponsored terrorist cases in Punjab and J&K as a supervising officer of such cases. While in service he presented papers at international conferences on issues like international terrorism, underground banking (Hawala), drug trafficking and organized crime. He was a member of the UN Observer Group on drug trafficking in South East Asia. After retirement, he attended three Working Group meetings on terrorism sponsored by the Council for Security Cooperation in Asia Pacific at Manila, Jakarta and Bangkok in 2003-04.