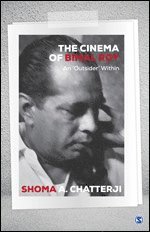 The Cinema of Bimal Roy

The Cinema of Bimal Roy: An ?Outsider? Within examines Roy?s adaptations of Bengali and Hindi literary classics while dwelling on his approach and treatment of women, a focal point of many of his films. It draws attention to his cinema of social relevance?untouchability (Sujata), woman deserted by society and family (Biraj Bou), child marriage (Parineeta) and the inhumanity of oppression and forced urbanization (Do Bigha Zameen).

The book goes on to discuss Roy?s ability to bestow new screen identities to established actors such as Nutan, Meena Kumari and Dilip Kumar on one hand and discover new talents such as Sunil Dutt, Sadhana and Tarun Bose on the other. Apart from this, his tutelage introduced many new faces to the film industry?Salil Choudhury, Hrishikesh Mukherjee, Nabendu Ghosh and Gulzar among others.

Further, the book details the aesthetics of technique?cinematography, editing and sound?in Roy?s films; his movies had some of the best musical scores in Hindi cinema. It also analyses what made Madhumati his biggest commercial success.

The book “remaps” the ‘Bimal Roy Era’ detailing: his directions, the history of his films and their making and, film content analysis – corroborating each with previously written books and papers on him and cinema in general. The book establishes itself as a posthumous tribute to the legend and his cinema – his “rich and informed creative discourse… which will continue to dot the history of Indian cinema forever.”

A very informative and well-researched book on a filmmaker who has not till now received the critical acclaim as some of his contemporary directors have received.

Dr Shoma A. Chatterji is a freelance journalist, film scholar and author based in Kolkata. She has won two National Awards for Best Writing on CinemaBest Film Critic in 1991 and Best Book on cinema in 2002. She won the Bengal Film Journalists Associations Best Critic Award in 1998, the Bharat Nirman Award for excellence in journalism in 2004, a research fellowship from the National Film Archive of India in 20052006 and a Senior Research Fellowship from the PSBT Delhi in 20062007. She has authored 22 books on cinema and gender and has been a member of jury at several film festivals in India and abroad.

She holds a masters degree in Economics and in Education; PhD in History (Indian Cinema) and a Senior Research Post-doctoral Fellowship from the ICSSR. In 20092010, she won a Special Award for consistent writing on womens issues at the UNFPALaadli Media Awards (Eastern region), was bestowed with the Kalyan Kumar Mitra Award for excellence in film scholarship and contribution as a film critic in 2010 and the Lifetime Achievement SAMMAN by the Rotary Club of Calcutta-Metro City in July 2012.