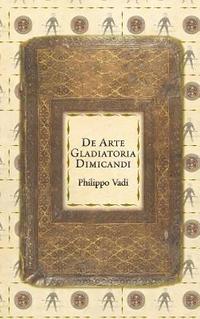 av Philippo Vadi
Inbunden Italienska, 2017-02-08
359
Köp
Spara som favorit
This is a full-colour facsimile edition of Philippo Vadi's De Arte Gladiatoria Dimicandi, the art of swordsmanship. This book was written in the late 1400s for the Duke of Urbino, Guido Montefeltro, a famous condottiero. Please note: this book is written in Italian, and there is no translation or commentary included in this edition. This book replicates, as closely as possible with current print-on-demand technology, the experience of owning the original manuscript.

The book begins with an introduction, followed by 16 chapters on the art and practice of swordsmanship, then continues with illustrated martial arts techniques. Swordfighting in armour, out of armour, techniques with a pollax, with a spear, and with and against a dagger. The whole of knightly combat on foot is covered.