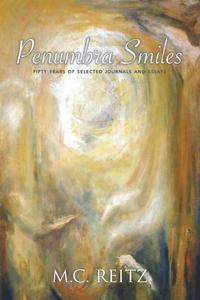 av Mc Reitz
Häftad Engelska, 2016-12-19
219
Köp
Spara som favorit
Skickas inom 10-15 vardagar.
Fri frakt inom Sverige för privatpersoner.
Anyone who has lived 75 years has done a whole lot of thinking and for some a whole lot of writing. I have done both. The thinking was done in moments that have long since passed, decisions made and musings forgotten unless written and saved. Of course over the years much that was written was deemed unimportant at the time and destroyed. I have taken the scraps that remain, edited out bunches and compiled them into this book.Penumbra Smiles contains excerpts from journals, essays, and contemplative thought over the years that for some reason were retained in my files. The "penumbra" is the shadowy area between light and dark as you might see around the moon. It represents for me the uncertainty of neither being fully knowledgeable, aware and awakened nor completely cut off from some understanding of our experience of life.About the AuthorMichael Reitz attended John Carroll University where he studied sociology and speech communication, played football and acted in theatre productions. After college, his variety of employment experiences include teaching on the Navajo Nation as well as in inner city, suburban public and private schools, Officer of the U.S. Coast Guard, ADC Caseworker, Hospital Staff Educator, Administrative Officer in local government and other assorted short time employments.He fathered and raised five well-educated and successful children and has travelled to Haiti, India and Indonesia. Penumbra Smiles is his third book.
Visa hela texten