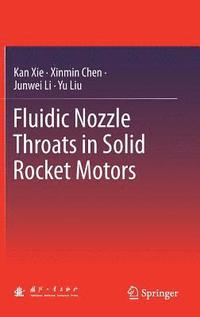 Dr. Kan Xie is an associate professor at the School of Astronautics, Beijing Institute of Technology. He is an expert in fluid, plasma and space physics, chemical propulsion and new concept propulsion, electric propulsion and space systems, as well as computational science and engineering. Dr. Kan Xie has extensive experience teaching both undergraduate and graduate level courses, and he currently serves as Ph.D. adviser at the Beijing Institute of Technology. He received his Ph.D. from Beijing University of Aeronautics and Astronautics, and he has worked as a postdoctoral researcher at the Institute of Hydromechanics and Colorado State University. In addition, he has published over 50 articles in respected academic journals. Dr. Junwei Li received his Ph.D. degree from Beihang University. He currently serves as an associate professor at the School of Aerospace Engineering at Beijing Institute of Technology. His interests include combustion science and technology, and chemical reactions and heat transfer in energy conversion systems. He has published 9 journal articles and presented his research at multiple international conferences. Professor Yu Liu is the head of the Department of Aerospace Propulsion of School of Astronautics (SA), a Ph.D. adviser, and the deputy secretary-general of the academic committee of Beihang University. He is also a member of the Chinese Society of Astronautics' Liquid Propellant Propulsion committee and editorial board member of numerous journals, such as the Journal of Aerospace Power, Journal of Solid Rocket Technology, and the Journal of Rocket Propulsion. His research areas include arc-jet, solid propellant combustion-driven gasdynamic lasers, aerospike nozzles in liquid rocket engines, multi-pulse solid rocket motors (SRM), divert and attitude control SRM, high-temperature superconductor bulk magnetic levitation and propulsion. He has published more than 120 papers in international journals and obtained 5 authorized patents. He has twice received the second price in the National Defense Science and Technology Award. Dr. Chen Xinmin received his Ph.D. degree from the China Academy of Launch Vehicle Technology in 2009. He worked at the System Design Department, Research and Development Center, Beijing Institute of Nearspace Vehicle' Systems Engineering and the Tactical Weapons Division of the China Academy of Launch Vehicle Technology successively, mainly focusing on ballistic design, guidance design and aircraft system design. He has been involved in numerous projects, such as manned space launch vehicle development, lunar exploration projects, new generation of launch vehicle demonstration, new concept aircraft pre-research, and missile development. He is currently the technical director, Science and Technology committee member, researcher and senior expert at the China Academy of Launch Vehicle Technology. He has published more than 10 technical papers in various academic journals.