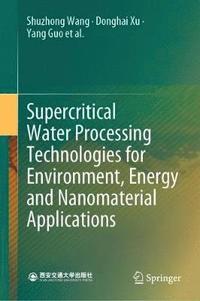 Dr. Shuzhong Wang did his B.S. in energy and power engineering in Xi'an Jiaotong University in China in 1990 and M.S. and Ph.D. in thermal engineering at Xi'an Jiaotong University in 1996. He was an assistant professor (1996-1999), an associate professor (2000-2004), and a professor (2005-present) in the department of energy and power engineering in Xi'an Jiaotong University, China. He was a postdoctoral fellow during 1998-1999 in institute for energy technology in Norway. His specialization fields include waste treatment and utilization by supercritical water oxidation, hydrogen production by supercritical water gasification, multiphase flow and heat transfer, innovative technology for conventional energy conversion, and new energy. He was the member of New Century Excellent Talents of Ministry of Education, a distinguished professor of "Sanqin Scholar", and a leading talent in science and technology of Suzhou Industrial Park. Now He is the direct of China Energy Society and China Energy Environment Technology Association, a committee member of China Standardization Committee on Boilers and Pressure Vessels, an editor of Chinese Journal of Power Engineering, Environmental Pollution Control, Development of Energy Science, etc. He is the review expert of National Science and Technology Award, and Scientific Research Fund and Technology Award of Ministry of Education, Science and Technology Development Center. He has engaged in teaching and research in the field of energy and environmental engineering for long time. He has presided over and participated in the research of more than 90 national and provincial funds and enterprises commissioned scientific research projects, including the National Natural Science Foundation of China, the "973 Program", the "863 Program" and the National Science and Technology Support Program and other government sponsored research. He has published 496 academic papers including 378 papers by the first author or corresponding author, and more than 214 publications are included by SCI/EI, and SCI papers are cited more than 1369 times. For the fourth consecutive year (2014-2017), Shuzhong Wang was selected to the Highly Cited Chinese Researchers list of ELSEVIER (general engineering field), which announced 1793 most influential Chinese scholars in various academic fields. He was awarded the first prize for Science and Technology Progress of Ministry of Education of the People's Republic of China. He holds 170 Chinese patents, including 148 invention patents, 157 patents as the first inventor and 22 international patents as the first inventor. At present, 121 Chinese invention patents and 5 US patents has been authorized, as well as 1 gold medal of the International Invention Exhibition. More than 60 patent transfer and implementation licenses are obtained, which have created significant economic, social and environmental benefits in the areas of efficient conversion and use of energy, environmental pollution control and energy use. Dr. Donghai Xu got a bachelor degree from thermal and power engineering in the school of energy and power engineering from Wuhan University of Technology on Jun. 2005. He did his M.S. and Ph.D. in Thermal Engineering at Xi'an Jiaotong University in 2011. He ever studied in University of Michigan (Ann Arbor, USA) as a visiting scholar for one year (Aug. 2013-Aug. 2014). He did postdoctoral research in nuclear science and technology Xi'an Jiaotong University during Apr. 2013-Nov. 2016. He is an associate Professor in Department of Energy and Power Engineering in Xi'an Jiaotong University from Dec. 2014. His research got funds such as the National Natural Science Foundation of China, and the National Key Research and Development Program of China. He has published more than 65 SCI papers, which are cited more than 1200 times. He has more than 40 China invention patents and two USA patents. His research fields include supercritical fluid oxi