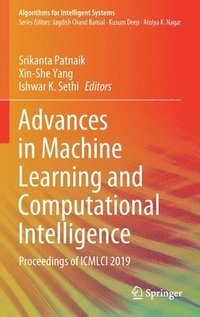 Dr. Srikanta Patnaik is a Professor at the Department of Computer Science and Engineering, Faculty of Engineering and Technology, SOA University, Bhubaneswar, India. He received his Ph.D. (Engineering) on Computational Intelligence from Jadavpur University, India, in 1999 and has since supervised 27 Ph.D. theses and more than 60 M.Tech. theses in the areas of Computational Intelligence, Soft Computing Applications and Re-Engineering. Dr. Patnaik has published over 100 research papers in international journals and conference proceedings. He is the author of 2 textbooks and editor of 42 books, published by leading international publishers like Springer-Verlag and Kluwer Academic. He is Editor-in-Chief of the International Journal of Information and Communication Technology and the International Journal of Computational Vision and Robotics, published by Inderscience, UK, and of the book series "Modeling and Optimization in Science and Technology", published by Springer, Germany. Xin-She Yang obtained his D.Phil. in Applied Mathematics from the University of Oxford and then worked at Cambridge University and UK's National Physical Laboratory as a Senior Research Scientist. Now, he is a Reader at Middlesex University London. He is also the IEEE CIS task force chair for business intelligence and knowledge management. With more than 250 research publications and 25 books, he has been a highly cited researcher for consecutive four years (2016-2019), according to Web of Science. Ishwar K. Sethi is currently a Professor in the Department of Computer Science and Engineering at Oakland University in Rochester, Michigan, where he served as the chair of the department from 1999 to 2010. From 1982 to 1999, he was with the Department of Computer Science at Wayne State University, Detroit, Michigan. Before that, he was a faculty member at Indian Institute of Technology, Kharagpur, India, where he received his Ph.D. degree in 1978. His current research interests are in data mining, pattern classification, multimedia information indexing and retrieval and deep learning and its applications. He has authored or co-authored over 180 journal and conference articles. He has served on the editorial boards of several prominent journals including IEEE Transactions on Pattern Analysis and Machine Intelligence, and IEEE MultiMedia. He was elected IEEE Fellow in 2001 for his contributions in artificial neural networks and statistical pattern recognition and achieved the status of Life Fellow in 2012.