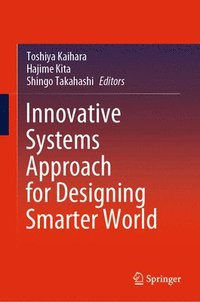 Toshiya Kaihara is a Professor and Councilor at the Division of Systems Science, Graduate School of System Informatics,Kobe University in Japan. He received his Ph.D. degrees from University of London, UK and Diploma of Imperial College (DIC)from Imperial College, London, UK. His primary research interests are Systems Science and Systems Optimization, and their implementation into social systems. He has authored over 250 scientific journals and articles. He is a Fellow of the Japan Society of Mechanical Engineers (JSME). He also serves as the Director of the Manufacturing System Division ofthe Japan Society of Mechanical Engineers, President of the Scheduling Society of Japan, President of the Institute of Systems,Control and Information Engineers in Japan, among others. He has received several awardsfrom academic societies, such as Outstanding Paper Award from CIRP, Best Article Award in Communications of Japan Industrial Management Association, and many others. Hajime Kita is a Professor at Institute for Liberal Arts and Sciences, Kyoto University in Japan. He also serves as Director General of Institute for Information Management and Communication, a central IT organization of Kyoto University. He receives his Ph.D. degree from Kyoto University. His research interests are evolutionary computation, social simulation and education of informatics in university. He is author and editor of several books: Agent-Based Simulation: From Modelling Methodologies to Real-World Applications, Control of Traffic Systems in Buildings, Agent-Based Approaches in Economic and Social Complex Systems V, and Realistic Simulation of Financial Markets. Shingo Takahashi is Professor in the Department of Industrial and Management Systems Engineering and Director of Institute for Social Simulation at Waseda University. He holds M.S. and Ph.D. in Systems Science from Tokyo Institute of Technology. His current research interests include modeling and simulation of social systems as complex adaptive systems, especially focusing on agent-based social simulation and soft system thinking as practice, aimed at applying to soft, i.e. ill-structured, problem situations involving various people with plural world views. He is a board member for several societies, such as The Japan Association for Social and Economic Systems Studies, Japan Society for Research Policy and Innovation Management, The Japan Society for Management Information, and member of editorial boards of journals, such as International Journal of General Systems and Japan Industrial Management Association.