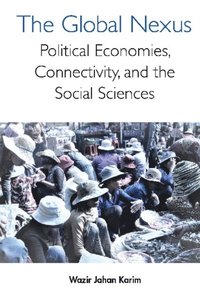 av Karim Wazir Jahan Karim
E-bok (PDF - DRM), Engelska, 2019-08-27
2619
Ladda ned
Spara som favorit
Laddas ned direkt
Läs i vår app för iPhone, iPad och Android
Finns även som
Visa alla 2 format & utgåvor
The Global Nexus: Political Economies, Connectivity, and the Social Sciences is a provocative critique of the social sciences in the age of neoconservative and alt-right globalisation sweeping across modern democracies globally. The writer persuasively argues that the mainstream western social science modality of describing indigenous knowledge and sub-altern discourses as 'alternative knowledge' is due for serious review, for it describes, devalues, and renders it the same renegade status as the 'alternate realities' of the alt-right, neo-conservative agencies of Western and Asian governments. The abuse of indigenous knowledge by neoconservative governments to promote racism, ethno-centricities, and misogyny has also reduced vital sources of local knowledge to fodder, only salvaged by 'the good press' - specialists of the media in investigative journalism, communications, and literature, who propose that worldviews and ideas of the underclasses, including women, migrants, minorities, refugees, war prisoners, and refugees should be brought to the fore and 'mainstreamed' for the reader to understand that the stories they tell and their reasons why tell them, are closer to truth than fiction. These lost voices, often silenced, suppressed, and understated, generate new knowledge of the marginalised and disadvantaged sectors of modern society, reflecting the social realities of globalisation.Focusing on Southeast Asia with comparisons across nations in the Levant and the Middle East, Europe, and the United States, Wazir Jahan Karim vividly demonstrates how plural political economies have emerged and rendered flaws in the globalisation process. As powerful elites compete to accumulate and control wealth, power, and vital global resources, the growing phenomenon of global agencing, wealth- and poverty-generating institutions exist together in complex networks of hierarchical relationships, strategies, and alliances, with dire consequences for those on the receiving end of the global spectrum.
Visa hela texten