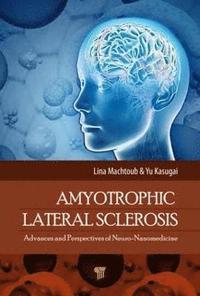 Advances and Perspectives of Neuronanomedicine

Prof Lina Machtoub received her Ph.D. from the University of Tokyo, Japan, 2002, after she was granted honourable research fellowship from the Japanese Government for 5 years. In 2003, she joined Max Planck Institute, Germany, after she was granted a research award from Alexander von Humboldt foundation. In the institute, she worked on the development of combined ultra-high magnetic field and optical imaging. In 2006, she became visiting scientist at Harvard Medical University, Boston. Since 2007, she has participated in several clinical research projects focusing on the development of clinical multimodal imaging techniques based on nanobiotechnology. In 2009, she joined the Medical University of Innsbruck, Austria, where she conducted research on developing highly sensitive, diagnostic, and targeted imaging probes with implications of in vivo imaging-targeted contrast agents and multifunctional imaging. Her main project was the development of innovative diagnostic approach "surface-enhanced coherent anti-Stokes Raman scattering (SECARS) microscopy" using nanoscale contrast agents for magnetic resonance.