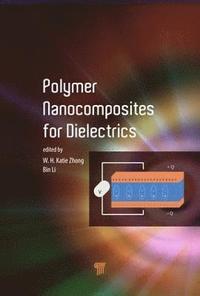 "This book is very critical for understanding the advances of the dielectric polymers and their nanocomposites. It provides insightful theoretical knowledge by giving detailed examples for understanding powerful applications of dielectric polymers. It is suitable for beginners and senior scientific researchers/engineers in both academic and industrial fields." -Dr. John Zhanhu Guo, University of Tennessee, USA

Wei-Hong Zhong is an endowed chair professor, Westinghouse Distinguished Professor, at the Washington State University, USA, since 2007. She received her PhD in materials science and engineering at Beijing University of Aeronautics and Astronautics, China, in 1994, where she was promoted to full professor in 1999. Prof. Zhong began her faculty career at North Dakota State University, USA, in 2003. She is a reviewer/panelist of grant proposals for the United States National Science Foundation and the United States Department of Energy and a nanotechnology consultant for The Boeing Company since 2006. She has received numerous awards and honors, including the Dow Chemical Composites Educator of the Year 2011 by the Society of Plastic Engineers, and has authored nearly 300 publications in polymer composites and energy materials. Bin Li is assistant professor in the Department of Mechanical Engineering at Wichita State University, USA, since 2013. He received his PhD in mechanical engineering from the Washington State University in 2012 and joined its School of Mechanical and Materials Engineering as an assistant research professor in the same year. His active research and teaching areas include design, synthesis, and manufacturing of advanced polymers, biomaterials, and their nanocomposites for sustainable aviation and energy applications.