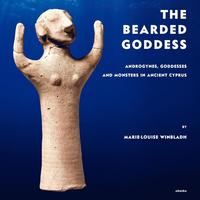 av Marie-Louise Winbladh
(1 röst)
Häftad Engelska, 2012-01-31
307
Köp
Spara som favorit
Most of us associate Aphrodite - also known as Venus - with love, beauty and fertility, but the symbolic value of this goddess is by far more complex than we would have known or dared to believe. Aphrodite - a hermaphrodite? The book examines a rather obscure side of the cult surrounding this illustrious fertility goddess. How many of us would have guessed that one of Aphrodite's most famous representations was in fact a figurine from Ayia Irini, Cyprus, that portrays this female deity as The Bearded Goddess, a bisexual and self-sufficient entity? The book reveals the unspoken truth about Aphrodite; a closer look at the islands archaeological sights suggests a new sexual archetype of Aphrodite and other criteria for the sublime female figure in ancient religion(s). The author, the well-known archaeologist Marie-Louise Winbladh, enlightens her audience in plain language about the mysterious devotion of Aphrodite as an androgynous being. She casts light on the enigmatic representations of this deity, who is believed to have originated from Cyprus, the epicenter of ancient crossroads. How did the cult of Aphrodite evolve? How was this goddess worshipped? Did 'temple prostitution' really exist? What was the role of the 'priestesses' and their relation to The Bearded Goddess? These and many more questions are addressed in the book.
Visa hela texten

Marie-Louise Winbladh was the curator of the Cyprus Collections at the Museum of Mediterranean and Near Eastern Antiquities (Medelhavsmuseet) in Stockholm from 1971 to 2007. She was also the curator of the Greek & Roman Collections from 1971 until 2001. From 1971 onwards, she has organized different exhibitions, many of which with Cypriot material. The Cyprus Collections have been visited and studied by hundreds of scholars from all over the world. Most of the knowledge gained trough these studies has been integrated in dissertations, books and articles. From 1972 until 1991, Marie-Louise Winbladh participated in field excavations in Greece. She holds a B.A. in Classical Archaeology, Art, Ethnology, History of Literature, Egyptology and Modern Greek. She has studied in different Art Schools (Graphic arts, drawing, painting - especially old techniques, and sculpture). Besides her great passion for archeology, she practises horse riding and plays table tennis. She's an amateur violinist and familiarized herself with Greek folk-dances.