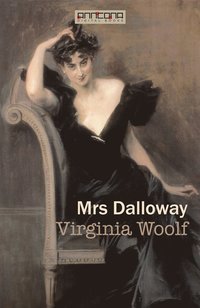 Created from two short stories, "Mrs Dalloway in Bond Street" and the unfinished "The Prime Minister", the novel addresses Clarissa's preparations for a party she will host that evening. With an interior perspective, the story travels forwards and back in time and in and out of the characters' minds to construct an image of Clarissa's life and of the inter-war social structure.

In Mrs Dalloway, all of the action, aside from the flashbacks, takes place on a day in June. It is an example of stream of consciousness storytelling: every scene closely tracks the momentary thoughts of a particular character. Woolf blurs the distinction between direct and indirect speech throughout the novel, freely alternating her mode of narration between omniscient description, indirect interior monologue, and soliloquy. The narration follows at least twenty characters in this way, but the bulk of the novel is spent with Clarissa Dalloway and Septimus Smith.

In October 2005, Mrs Dalloway was included on Time?'s list of the 100 best English-language novels written since 1923

Her most famous works include the novels Mrs. Dalloway (1925), To the Lighthouse (1927), and Orlando (1928), and the book-length essay A Room of One's Own (1929), with its famous dictum, "A woman must have money and a room of her own if she is to write fiction."
Frågor & svar
Vi använder cookies för att förbättra din upplevelse av bokus.com. Genom att fortsätta godkänner du vår användning av cookies. Jag förstår