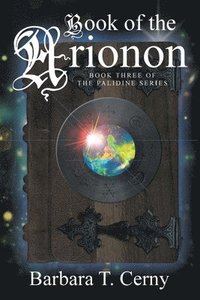 Book Three of The Palidine Series

av Barbara T Cerny
Häftad Engelska, 2020-04-21
249
Köp
Spara som favorit
Modern-day teens Brahm and Mia Mazandarani find a strange box in Egypt that bears the same odd shape of their own unusual birthmarks. The box is filled with items from a long-distant past, including a book of powerful magic spells from an ancient civilization called the Arionon.

Learning of their mother?s Tonnelier family legend, their adventurous Persian-born father, Teymouri, decides to see if they can find the elusive portal to the place the legend calls Amorgos. The portal stone instead sends them to the very place they wish to avoid, Olympus?a world still filled with the Greek gods of old.

Book of the Arionon is the third book of The Palidine Series, where author Barbara T. Cerny has created a magical world rivaling that of Tolkien?s Middle Earth.

This new adventure reunites the characters of the first two books, Shield of the Palidine and Magic Thief of Gavalos. Elf Queen Elise and her consort, Pierre, must finish raising the twins to adulthood, keep track of their own brood, and ensure Olympus doesn?t remain enslaved.

Barbara T. Cerny grew up in Grand Junction, Colorado, leaving it to see the world, garner three college degrees, and serve in the Army. After eight years on active duty and fourteen years in the reserves, she retired as a lieutenant colonel in 2007. While deployed to the Middle East in 2005, she learned her real love was writing. She wrote her first two novels and hasn?t stopped. The author is presently working on novels number nine and ten. When not writing, she is an information technology specialist and supervisor for the Air Force. She lives with her husband, their active teenager, and three needy cats.
Visa hela texten