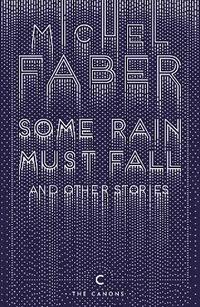 Some Rain Must Fall And Other Stories

av Michel Faber
Häftad Engelska, 2016-07-07
129
Köp
Spara som favorit
Skickas inom 5-8 vardagar.
Fri frakt inom Sverige för privatpersoner.
The debut work, a short story collection from the bestselling, critically acclaimed author of Under the Skin, The Crimson Petal and the White and The Book of Strange New Things. Michel Faber's short stories reveal an extraordinarily vivid imagination, a deep love of language and an adventurous versatility. Playful, yet profoundly moving, wickedly satirical yet sincerely humane, these tales never fail to strike unexpected chords. 'Some Rain Must Fall' juxtaposes the tragic circumstances of traumatised schoolchildren with the interior monologue of a teacher/psychologist enlisted to aid their recovery. In the pseudo-sci-fi 'Fish' a mother tries to protect her child in a terrifying world where fish swim through the streets and lurk in alleyways. Faber's collection is rich and assured, with a dazzling reach.
Visa hela texten

You don't often see satire stirred with so humane a hand, or tragedy handled with so light a touch . . . This is a man who could give Conrad a run at writing the perfect sentence * * Guardian * * A gem of inventiveness, a genre-defying, often startling debut * * Scotland on Sunday * * A rare and vivid imagination and a radical use of language * * The Times * * For sheer inventiveness and endless variety, this collection takes the prize * * Independent * * Above all Faber has the kind of wide ambition more usually found in his American counterparts * * Literary Review * * A bulging, jostling, glistening, eerie, babbling explosion of a book * * Scotsman * * The author's lightness of touch, sense of humour and capacity for wonder conspires to give far more than mere angst * * Spectator * * His prose veers sharply from a delectable descriptiveness to spikily comic insights * * The Observer * * Michel Faber is a master of the short story form * * Times Literary Supplement * * A collection of astonishingly diverse short stories and one of last year's most original debuts. * * The Independent * * Lovers of the short story take note: Somerset Maugham has shacked up with Ian McEwan, and Some Rain Must Fall is their monstrous, magnificent first-born -- Duncan McLean Michel Faber has produced a fine first volume . . . these are well-crafted pieces of quiet and forlorn intensity in a very real world * * Mail on Sunday * * Some Rain Must Fall has an astonishing variety of themes, characters and styles, from delicate psychological probing, to nightmare science fiction, to grotesque, hilarious fable -- Duncan McLean

Bloggat om Some Rain Must Fall And Other Stories

Michel Faber has written nine books. In addition to the Whitbread-shortlisted Under the Skin, he is the author of the highly acclaimed The Crimson Petal and the White, The Book of Strange New Things, The Fire Gospel and The Fahrenheit Twins. He has also written two novellas, The Hundred and Ninety-Nine Steps and The Courage Consort, and has won several short story awards, including the Neil Gunn, Ian St James and Macallan. Born in Holland, brought up in Australia, he now lives in the UK.