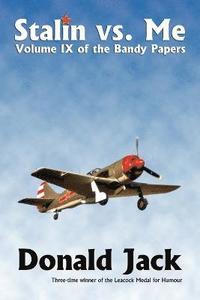 av Donald Jack
Häftad Engelska, 2005-09-01
259
Köp
Spara som favorit
Bartholomew Wolfe Bandy has one final fling with death, despair, and destruction, in the final year of the Second World War. In the aftermath of the Normandy invasion, Bandy continues to bob through the ranks like a cork at sea. Will he survive? Will anyone else survive Bandy?
Visa hela texten

Best known for his Bandy Papers series of novels about air ace Bartholomew Bandy (the series has won three Leacock medals for humour), Donald Jack also wrote numerous radio, TV, and stage plays, including the first original Canadian play performed on the main stage at the Stratford Festival, and the first Canadian television play broadcast simultaneously to both the US and Canada.