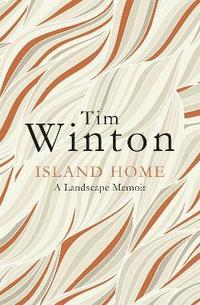 av Tim Winton
Häftad Engelska, 2017-05-04
106
Köp
Spara som favorit
Kan tyvärr inte levereras innan julafton.
Finns även som
Visa alla 1 format & utgåvor
'I grew up on the world's largest island.' From his childhood, Tim Winton's relationship with the landscape around him - Australia's swamps and bush, rockpools, seacaves and scrub - has been as vital as any other connection. Whether camping in hidden inlets, walking in the high rocky desert fringe, or diving at Ningaloo Reef, Winton has felt the place seep into him - its rhythms, its dangers, its strange sustenance. Island Home is the story of how that relationship with the landscape came to be. Charged with love for the huge, besieging force of Australia's wild spaces, this book is a passionate call for their conservation, a memoir that urges us all to feel the ground beneath our feet. Tim Winton's Land's Edge: A Coastal Memoir, is also available.
Visa hela texten

Both a celebration of Australia's wild places and an impassioned argument for their preservation . . . Island Home is a masterclass . . . chief among his influences, [Winton] says, was the novelist Randolph Stow, who was born in Geraldton, Winton's mother's home town . . . He was a writer "who seemed to feel the country of his birth as if he wore it". The same might be said of Winton himself * Telegraph * Vivid . . . eloquent . . . the real pleasures of Island Home lie in the personal memories he summons up with his novelist's skills * Sunday Times * Exquisite . . . Winton's writing - lyrical yet visceral - seems formed by Western Australia's variety, its sparkling rivers and red deserts as much as its colloquialism . . . Like Seamus Heaney's and Ted Hughes's, Winton's language feels a product of the land and the natural way to celebrate it . . . Read it * Spectator * Partly a love song to Australia and also an attempt to trace how this love affair began * Observer * In this strikingly well-written book, which blends history, personal memoir, cultural history and environmentalism so deftly that you cannot spot the joins, Winton writes about the extent to which he has been shaped by his country's landscape * National * The two themes that Winton wants to convey - and does so with brilliant success in this small jewel of a book - are the impact of a Western Australian heritage on his life and writing, and the urgent need to conserve Australia's wild places * Times Literary Supplement * A lyrical ode to the power of Oz's wild landscapes. A poetic and enchanting semi-memoir, the author's passion for the rocks and coral seeps into your pores like bush dust * Wanderlust * Perceptive and persuasive . . . a call to arms for us to appreciate, respect and interact with the natural world around us * Big Issue * Wonderful . . . Winton's prose nails his country's strange and savage beauty * RTE Guide * Like Wordsworth, he understands and feels the "abiding power" of certain places . . . triumphantly personal, quixotic, eccentric, risky, and daring -- Brian Matthews * Australian Book Review * A beautiful example of that aesthetic response to the glory and the mystery of nature.' William Yeoman * The West Australian * Winton remains one of the finest place-painters in Australian literature -- Jamie Hanson * Guardian (Australia) * Winton embraces everything that is good, bad and ugly about this continent and his commitment is contagious * Herald Sun *

Tim Winton has published twenty-six books for adults and children, and his work has been translated into twenty-eight languages. Since his first novel, An Open Swimmer, won the Australian/Vogel Award in 1981, he has won the Miles Franklin Award four times (for Shallows, Cloudstreet, Dirt Music and Breath) and twice been shortlisted for the Booker Prize (for The Riders and Dirt Music). He lives in Western Australia.