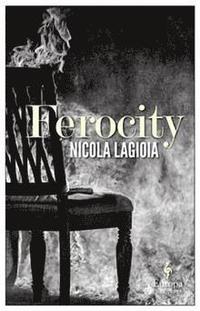 av Nicola Lagioia
Häftad Engelska, 2017-10-26
179
Köp
Spara som favorit
Finns även som
Visa alla 1 format & utgåvor
Southern Italy, the 1980s. On a hot summer's night under a full moon, far from the outlying neighbourhoods of a southern Italian metropolis, Clara stumbles naked, dazed, and bloodied down a major highway. When she dies no-one is able to say exactly how or why, but her brother cannot free himself from her memory or from the questions surrounding her death. The more he learns about her life and death, the more he uncovers the moral decay at the core of his family's ascent to social prominence.
Visa hela texten

Praise for Ferocity "A mesmerizing exploration of failure, resilience, and profound, multifaceted loss."--Kirkus "Lagioia is one of the most interesting Italian authors alive today."--Michele De Mieri, Domenica del Sole 24 Ore "Lagioia brilliantly demonstrates the folly of his characters: rather than describing them from the outside, he constructs his narrative by oscillating unceasingly between past and future, premonition and regret."--Emanuele Trevi, Corriere della Sera "A story about family, about wealth, about Italians, about a humanity that is obscenely spent and confounded. A powerful, supremely well-crafted novel."--Goffredo Fofi, Internazionale "There's something Balzacian about Ferocity (and something that puts one in mind of Franzen's The Corrections). It digs beneath current events, inhabiting a zone that is more opaque and ambiguous than the nightly news."--Paolo di Paolo, TuttoLibri "Nicola Lagioia's latest novel opens with a scene that is hypnotically, devastatingly beautiful."--Massimo Onofri, Avvenire "This novel reminds one of the Greek tragedies and those ineluctable questions about the relationship between choice and destiny."--Luca Illetterati, Alias

Nicola Lagioia, born in Bari in 1973, is an editor for the Italian publisher Minimum Fax. He is the author of three novels and a collection of short stories. His books have been awarded the Strega Prize, the Premio Volponi, and the Premio Viareggio, among others. He lives in Rome. Ferocity is his English-language debut.