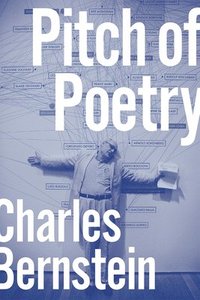 "[Bernstein's] pitches for the importance of otherwise marginal experimentalist poets are luminously intelligent. . . The 'official verse culture' has a formidable antagonist."-- "Times Literary Supplement" "A summational critical work that also serves as an instructive introduction to Bernstein's energetic advocacy of experimental poetries over several decades."-- "Australian Book Review" "As much a work of art as a work of criticism. . . Fascinating."-- "Library Journal" "Berstein combines a sundry group of essays, interviews, and aphoristic think pieces to examine his arching interest in poetic delivery. . .the book continues the work of Bernstein's long, influential career, questioning the official narrative of verse culture while advocating for a broader consideration of the radical politics, international connections, and spirited debates that fill out the poetic project of the Americas."--Pierre Joris, author of Barzakh: Poems 2000-2012 "American Literature" "Compulsively readable. . . . This compelling 'pitch' will leave readers with a sense of poetry's ever-expanding range and the danger of remaining complacent in the face of its power."-- "Choice" "Often elliptical, argumentative, and personal, this is a radical work about the nature of poetry and of language itself."-- "Publishers Weekly" "The traits and energies that made Bernstein, the foremost poet-critic of our time, a leading figure of the 1980s-era avant-garde have continued unabated: a fearless willingness to challenge orthodoxy and to risk his own position by openly trying out new arguments and approaches; an original independence of thought; an uncannily prescient foresight; and a restless intellectual curiosity. In short: Bernstein's genuinely experimental nature means that he is constantly proving new ground, reassessing the theoretical and poetical terrain, and revising even his own claims. In the process, he transforms our sense not only of the present but of the possible."--Craig Dworkin, author of No Medium "Hyperallergic" "I've seldom had as much fun in jumping into the muck and mess of the poetry wars. Pitch of Poetry made me laugh -- and sometimes even cry -- but never for a moment was I bored or disinterested. How many critical works can be described in that manner? If you love poetry, and take it seriously, then this book is a must."-- "Hyperallergic" "Pitch of Poetry is wide-ranging, protean, exhilarating. Refreshingly polemical and polemically refreshing. As someone who has read Bernstein since his very first books, I am impressed most by his ability to retread his thinking and discover new angles to old routes. This is criticism that makes up its own rules and then doesn't follow those either."--Pierre Joris, author of Barzakh: Poems 2000-2012 "Hyperallergic" "Pitch of Poetry is a brilliant, idiosyncratic, and frequently irritating polemic on how poetry should be written today. Some sense of the authorial persona animating the book may be gleaned from learning that 'irritating' likely will be judged a term of praise."-- "American Literary History"

Charles Bernstein is the Donald T. Regan Professor of English and Comparative Literature at the University of Pennsylvania, where he is codirector of PennSound. A fellow of the American Academy of Arts and Sciences, he is the author of many books, including, most recently, Recalculating, also published by the University of Chicago Press.