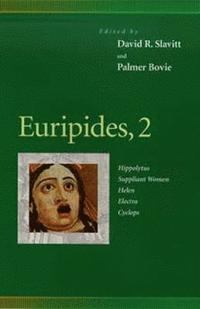 "Directness, vivid imagery, and rhetorical music prevail in different cadences."-San Francisco Chronicle "The 12-volume set will offer readers new verse translations of the complete surviving tragedies of Aeschylus, Sophocles, and Euripides, as well as the surviving comedies of Aristophanes and Menander. The complete line of Greek theater classics has not been offered to readers since 1938."-Publishers Weekly "A boon for classicists and general readers alike. For the reader who comes to tragedy for the first time, these translations are eminently 'accessible.'. . . For the classicist, these versions constitute an ambitious reinterpretation of traditional masterpieces."-Boston Book Review "Here Euripides stands, in vigorous English versions that fully do him justice. The most modern of the Greek tragedians has found a compelling modern form."-Robert Fagles "Don't look for the wild and woolly-these were put together by wordsmiths. . . . But they are a far cry from some of the stodgier translations."-Washington Post