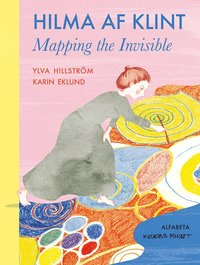 av Ylva Hillström
Inbunden Engelska, 2020-10-01
9-12 år
176
Köp
Spara som favorit
Maps of Invisibility is the very first book about the artist Hilma af Klint and her work for children. It is a book not only about art, but also about magic, mysticism and scientific discoveries. Moreover, it is a story about a woman who was left out of art history books for a long time, despite creating her abstract images long before anyone else.

Hilma af Klint (1862 1944) began painting her non-descriptive and very symbolic images as early as 1906. That was years before Kandinsky and Malevitj arrived at what is generally regarded as the birth of modern abstract art. She was heavily influenced by spiritual ideologies and claimed that she painted on instruction from the spirit world, for the future. The interest in Hilma af Klint has grown massively during the past few years. Her work will be displayed in exhibitions and museums all over the world during many years to come. The exhibition of her art at the Guggenheim Museum in New York in 2019 attracted more visitors than they had ever had and the exhibition catalogue became their best selling one to date.

Maps of Invisibility is highly illustrated with both quality reproductions of Hilma af Klint s work and with illustrations by Karin Eklund.
Visa hela texten