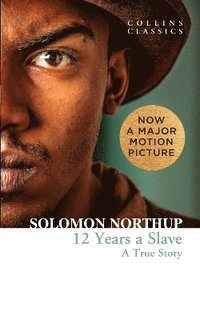 av Solomon Northup
Häftad Engelska, 2014-02-06
38
Köp
Spara som favorit
Skickas inom 7-10 vardagar.
Fri frakt inom Sverige över 159 kr för privatpersoner.
Finns även som
Visa alla 1 format & utgåvor
The shocking first-hand account of one man's remarkable fight for freedom; now an award-winning motion picture. 'Why had I not died in my young years - before God had given me children to love and live for? What unhappiness and suffering and sorrow it would have prevented. I sighed for liberty; but the bondsman's chain was round me, and could not be shaken off.' 1841: Solomon Northup is a successful violinist when he is kidnapped and sold into slavery. Taken from his family in New York State - with no hope of ever seeing them again - and forced to work on the cotton plantations in the Deep South, he spends the next twelve years in captivity until his eventual escape in 1853. First published in 1853, this extraordinary true story proved to be a powerful voice in the debate over slavery in the years leading up to the Civil War. It is a true-life testament of one man's courage and conviction in the face of unfathomable injustice and brutality: its influence on the course of American history cannot be overstated.
Visa hela texten

'The most remarkable book ever issued from the American press.' Detroit Tribune 'For sheer drama, few accounts of slavery match Solomon Northup's tale of abduction from freedom and forcible enslavement.' Ira Berlin

Solomon Northup was born a free man in Saratoga Springs, New York, in 1808. He lived as such until 1841 when, attracted by a job offer, he travelled to Washington, DC, where he was drugged and sold into slavery by his supposed employers. Northup was enslaved for twelve years before he regained his freedom and returned to New York. There, he became an advocate for abolitionism and in the 1860s began helping fugitive slaves via the Underground Railroad. Northup is believed to have died between 1863 and 1875, but both the date and circumstances of his death are unknown.