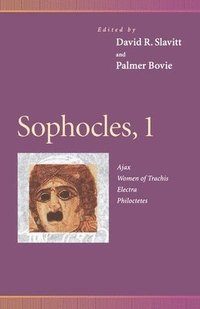 "The 12-volume set will offer readers new verse translations of the complete surviving tragedies of Aeschylus, Sophocles, and Euripides, as well as the surviving comedies of Aristophanes and Menander. The complete line of Greek theater classics has not been offered to readers since 1938."-Publishers Weekly "A boon for classicists and general readers alike. For the reader who comes to tragedy for the first time, these translations are eminently 'accessible.'. . . For the classicist, these versions constitute an ambitious reinterpretation of traditional masterpieces."-Boston Book Review "A two-year project to publish the corpus of classical Greek drama in translations by an impressive array of contemporary poets. It may not be long before anyone who mentions that he is reading Sophocles in Greek can expect to be told, 'Oh but you simply "must' read it in translation.'"-New Yorker "A speakable version of Sophocles's 'Philoctetes': as it were, after 25 years, a sequel to Pound's 'The Women of Trachis'."-Hugh Kenner, New York Times "Don't look for the wild and woolly-these were put together by wordsmiths. . . . But they are a far cry from some of the stodgier translations."-Washington Post