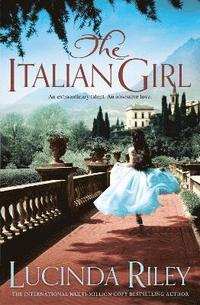 av Lucinda Riley
(3 röster)
Häftad Engelska, 2014-07-03
113
Köp
Spara som favorit
Finns även som
Visa alla 1 format & utgåvor
Set against a memorable backdrop of Lucinda Riley's trademark evocative locations, The Italian Girl unfolds into a poignant and unforgettable tale of love, betrayal and self-discovery. Nothing sings as sweetly as love, or burns quite like betrayal. Rosanna Menici is just a girl when she meets Roberto Rossini, the man who will change her life. In the years to come, their destinies are bound together by their extraordinary talents as opera singers and by their enduring but obsessive love for each other - a love that will ultimately affect the lives of all those closest to them. For, as Rosanna slowly discovers, their union is haunted by irreversible events from the past . . . Rosanna's journey takes her from humble beginnings in the back streets of Naples to the glittering stages of the world's most prestigious opera houses. *First published as Aria under the name Lucinda Edmonds, now extensively rewritten*
Visa hela texten

Lucinda Riley was born in Ireland, and after an early career as an actress in film, theatre and television, wrote her first book aged twenty-four. Her books have been translated into thirty-seven languages and sold twenty million copies worldwide. She is a No.1 Sunday Times and New York Times bestseller. Lucinda is the author of The Seven Sisters series, which tells the story of adopted sisters and is based allegorically on the mythology of the famous star constellation. It has become a global phenomenon, with each book in the series being a No.1 bestseller across the world. The series is in development with a major Hollywood production company.