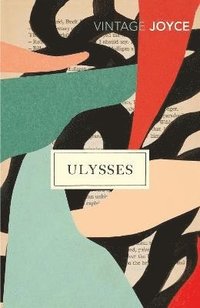 av James Joyce, Hans Walter Gabler Gabler, Hans Walter Gabler Gabler
Häftad Engelska, 2022-01-20
122
Köp
Spara som favorit
Finns även som
Visa alla 9 format & utgåvor
Celebrating 100 Years of Joyce's masterpiece The authoritative Hans Walter Gabler text; with a new introduction by Anne Enright. Set entirely on one day, 16 June 1904, Ulysses follows Leopold Bloom and Stephen Daedalus as they go about their daily business in Dublin. From this starting point, James Joyce constructs a novel of extraordinary imaginative richness and depth. Unique in the history of literature, Ulysses is one of the most important and enjoyable works of the twentieth century. The survivor of countless controversies, censorships and even claims of blasphemy, this centenary edition of Ulysses comes packaged in a boldly designed new package, befitting of its status as one of the most notorious and influential novels ever written. 'The greatest novel of the century' Anthony Burgess Ulysses has had a profound influence on modern fiction... Unforgettable' Guardian 'A work of high genius' Independent
Visa hela texten

Ulysses changed the stakes of the novel for ever, letting us see how extraordinary the everyday can be by plugging us straight into the minds of its characters, and using language in an electrifying way that only poets had dared to up till then * New Statesman * The greatest novel of the century -- Anthony Burgess * Observer * The Odyssey, the Divine Comedy and Hamlet whisper their way through its pages: and Ulysses is their equal at every turn -- Simon Barnes * The Times * Ulysses, with its comic-epic tapestry, took fiction deeper than ever into the raucous carnival of everyday life * Independent * Dirty, blasphemous and unreadable, or one of the greatest novels of the 20th century? No matter what your opinion of it, Ulysses has had a profound influence on modern fiction... Unforgettable * Guardian *

James Joyce (Author) James Joyce was born on 2 February 1882 in Dublin. He studied modern languages at University College, Dublin. After graduating, Joyce moved to Paris for a brief period in 1902. In 1904 Joyce met Nora Barnacle, with whom he would spend the rest of his life and they moved to Europe and settled in Trieste where Joyce worked as a teacher. His first published work was a book of poems called Chamber Music (1907). This was followed by Dubliners (1914), A Portrait of the Artist as a Young Man (1916) and the play Exiles (1918). In 1915 the First World War forced Joyce and Nora and their two children to move to Zurich. Joyce's most famous novel, Ulysses, was published in Paris in 1922. In the same year he started work on his last great book, Finnegan's Wake (1939). James Joyce died in Zurich on 13 January 1941. Anne Enright (Introducer) Anne Enright was born in Dublin, where she now lives and works. She has written two collections of stories, published together as Yesterday's Weather, one book of non-fiction, Making Babies, and six novels, including The Gathering, which won the 2007 Man Booker Prize, The Forgotten Waltz, which was awarded the Andrew Carnegie Medal for Excellence in Fiction, and The Green Road, which was the Bord Gais Energy Novel of the Year and won the Kerry Group Irish Fiction Award. In 2015 she was appointed as the first Laureate for Irish Fiction, and in 2018 she received the Irish PEN Award for Outstanding Contribution to Irish Literature.