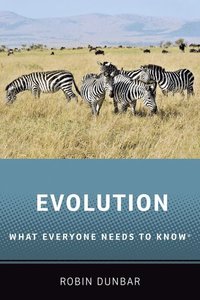 What Everyone Needs to Know

Robin Dunbar gained his MA from the University of Oxford and PhD from Bristol University. He is currently Professor of Evolutionary Psychology at the University of Oxford, and an emeritus Fellow of Magdalen College. He has held Research Fellowships and Professorial Chairs in Psychology, Biology and Anthropology at the University of Cambridge, Stockholm University, University College London, and the University of Liverpool. He is an elected Fellow of the British Academy, and was co-Director of the British Academy's Centenary Research Project. His principal research interests focus on the evolution of sociality in mammals (with particular reference to ungulates, primates and humans). He is best known for the social brain hypothesis, the gossip theory of language evolution and Dunbar's Number (the limit on the number of relationships that we can manage). His current project focuses on the mechanisms of social cohesion, and uses a range of approaches from comparative analysis to cognitive experiments to neuroimaging to explore the mechanisms that allow humans to create large scale communities.