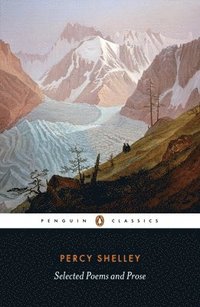 This is such an important and definitive edition. It will suit both the scholar and the general reader ... One can only marvel at the amount of editorial work that has gone into this volume -- Nick Lezard * Guardian *

Percy Bysshe Shelley (Author) Percy Bysshe Shelley was born in 1792 and published his first volume of poetry in 1809. He was expelled from Oxford University for his distributing a pamphlet entitled 'The Necessity of Atheism'. Four months later, he eloped with and married Harriet Westbrook but later left her for Mary Wollstonecraft, future author of Frankenstein. Shelley was working on his last major poem, The Triumph of Life, when he was drowned in Italy in 1822, aged twenty-nine. Jack Donovan (External Editor) Jack Donovan is a Reader in English Literature at the University of York and co-editor of the Longman Annotated English Poets edition of Shelley. Cian Duffy (External Editor) Cian Duffy is Reader in English at St Mary's University College, Twickenham. He co-edits the Longman Shelley, and is the author of Shelley and the Revolutionary Sublime (2005; 2009).