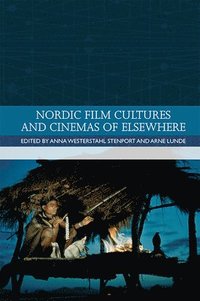 A Globalised History of Cinematic Elsewheres

Anna Westerstahl Stenport is Professor and Chair of the School of Modern Languages at Georgia Institute of Technology. She has written extensively about Nordic cinema, media, visual cultures, culture, drama, and literature. She is the author of Nordic Film Classics: Lukas Moodysson's 'Show Me Love' (Washington, 2012) and co-editor of Films on Ice: Cinemas of the Arctic (with Scott MacKenzie, Edinburgh, 2015) and Arctic Cinemas and the Documentary Ethos (with Lilya Kaganovsky and Scott MacKenzie, Indiana, 2019). Arne Lunde is Associate Professor in the Scandinavian Section and in Cinema and Media Studies at UCLA. His book Nordic Exposures: Scandinavian Identities in Classical Hollywood Cinema (U. of Washington Press, 2010) explores Scandinavian whiteness and ethnicity in Hollywood cinema between and during the two world wars. He has published in Journal of Scandinavian Cinema, Film International, Film Quarterly, The Moving Image, Scandinavian Studies, Scandinavica, and Comparative Literature.