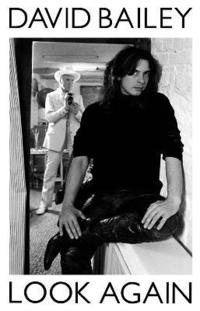 av David Bailey
Inbunden Engelska, 2020-10-29
229
Köp
Spara som favorit
Skickas inom 5-8 vardagar.
Fri frakt inom Sverige för privatpersoner.
Finns även som
Visa alla 3 format & utgåvor
'Rollicking . . . with roguish tales as vivid as his era-defining photos' Daily Mail 'Brilliant' Telegraph Eye-opening and candid, David Bailey's Look Again is a fantastically entertaining memoir by a true icon. David Bailey burst onto the scene in 1960 with his revolutionary photographs for Vogue. Discarding the rigid rules of a previous generation of portrait and fashion photographers, he channelled the energy of London's newly informal street culture into his work. Funny, brutally honest and ferociously talented, he became as famous as his subjects. Now in his eighties, he looks back on an outrageously eventful life. Born into an East End family, his dyslexia saw him written off as stupid at school. He hit a low point working as a debt collector until he discovered a passion for photography that would change everything. The working-class boy became an influential artist. Along the way he became friends with Mick Jagger, hung out with the Krays, got into bed with Andy Warhol and made the Queen laugh. His love-life was never dull. He propelled girlfriend Jean Shrimpton to stardom, while her angry father threatened to shoot him. He married Catherine Deneuve a month after meeting her. Penelope Tree's mother was unimpressed when he turned up on her doorstep. 'It could be worse, I could be a Rolling Stone,' Bailey told her. He went on to marry Marie Helvin and then Catherine Dyer, with whom he has three children. He is also a film and documentary director, has shot numerous commercials and has never stopped working. A born storyteller, his autobiography is a memorable romp through an extraordinary career.
Visa hela texten

A rollicking rake's progress . . . and a vivid document of several lost Londons * Esquire * Very readable and entertaining. Bailey was important * Spectator * Brilliant -- Lynn Barber * Telegraph * A raw and surprising memoir * Observer * His name is synonymous with beauty, fashion and sex . . . a joyously un-PC memoir * Mail on Sunday * He's the legend who WAS the 1960s . . . with roguish tales as vivid as his era-defining photos * Daily Mail *

David Bailey was born on 2 January 1938 in North Leyton, East London. He left school at fifteen and was conscripted to the Royal Air Force in 1956. Whilst posted in Singapore he bought his first camera and was inspired to be a photographer after seeing Cartier Bresson's photograph, 'Kashmir'. Bailey started working with fashion photographer, John French as his assistant in 1959. He left soon after to strike out on his own and published his first portrait of Somerset Maugham for Today magazine in 1960. In 1965 he published David Bailey's Box of Pin-Ups which is now seen as defining an era and shaped the future of photography. Bailey has exhibited worldwide and has produced some of the most famous photographic portraits of the last five decades. His interests are varied, extending to TV commercials, film, documentaries, painting and sculpture. He has been recognized internationally for his skills as a filmmaker, and won the Lion d'Or at the Cannes Film Festival for his Greenpeace commercial, 'Meltdown'. Look Again is his first autobiography.