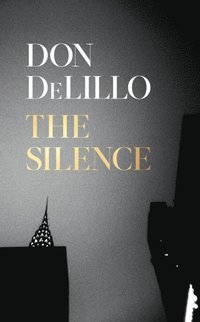 av Don Delillo
(6 röster)
Inbunden Engelska, 2020-10-29
192
Köp
Spara som favorit
Kan tyvärr inte levereras innan julafton.
Finns även som
Visa alla 2 format & utgåvor
From one of America's greatest writers, The Silence is a timely and compelling novel about what happens when an unpredictable crisis strikes. It is Super Bowl Sunday in the year 2022. Five people are due to have dinner in an apartment on the east side of Manhattan. The hosts are a retired physics professor and her husband; they are joined by one of her former students and await the arrival of another couple, delayed by what becomes a dramatic flight from Paris. In the apartment, talk ranges widely. The opening kickoff is one commercial away. Then something happens and the digital connections that have transformed our lives are severed. What follows is a dazzling and profoundly moving conversation about what makes us human. Never has the art of fiction been such an immediate guide to our navigation of a bewildering world. Never have Don DeLillo's prescience, imagination and language been more illuminating and essential.
Visa hela texten

An apocalyptic novel for our times * Guardian, Book of the Week * The Silence is a horrifyingly resonant book * Observer * Slim and timely * New Statesman * [DeLillo] is our laureate of paranoia and dread . . . [The Silence] is a pristine disaster novel . . . his best writing here reminds us that, as he puts it . . . "Life can get so interesting that we forget to be afraid" -- Dwight Garner * New York Times * DeLillo's mastery of the fragmented nature of spoken language is displayed in these paranoiac blurts, which every years seem less paranoiac . . . [a] brilliant, brief tale -- J Michael Lennon * TLS * DeLillo is a master stylist, and not a word goes to waste -- Anne Enright * Guardian * Few people write as gorgeously as DeLillo can * Daily Telegraph * The Silence is DeLillo distilled . . . a straight shot of the good stuff * Spectator * A swift and searing haunting of a novel. An encapsulation of our continuing crisis of aberration and pause. The Silence is prime DeLillo. -- Joy Williams In this wry and cutting meditation on collective loss, a rupture severs us, suddenly, from everything we've come to rely on. The Silence seems to absorb DeLillo's entire body of work and sand it into stone or crystal. -- Rachel Kushner

Don DeLillo is the author of numerous novels including White Noise, Libra, Underworld, Falling Man and Zero K. He has won the National Book Award, the PEN/Faulkner Award for Fiction, the PEN/Saul Bellow Award, the Jerusalem Prize for his complete body of work and the William Dean Howells Medal from the American Academy of Arts and Letters. His story collection, The Angel Esmeralda, was a finalist for the Story Prize and the PEN/Faulkner Award for Fiction. In 2013, DeLillo was awarded the Library of Congress Prize for American Fiction, and in 2015, the National Book Foundation awarded DeLillo its Medal for Distinguished Contribution to American Letters.