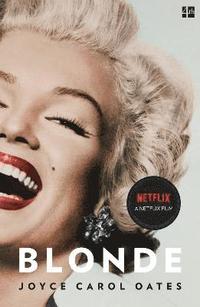 'Nobody has ever caught Marilyn more brilliantly in words than Oates.' Sunday Times 'Oates has been fearless in taking on a subject that criss-crossed almost every important strand of mid twentieth century history!Apart from her, only Don Delillo, among today's American novelists, and no one at all among today's American women novelists, would be able to handle such a huge cast of imagined and real characters!A mighty -- and a mesmerising -- book.' Literary Review 'This novel deserves a wide audience. "Blonde" is what whole shelvesful of Monroe biographies should be but are not -- a fabulous reinvention of the life of a fabulous reinvention, a mirror on our collective vanities and a cracking page turner to boot.' Evening Standard '"Blonde" is an epic achievement, a masterpiece, a piece of art so shatteringly well-conceived and lavishly-wrought that at times it almost does not seem like a mere book!If this book doesn't catapult Joyce Carol Oates into British best sellerdom, nothing will.' Independent on Sunday 'Novelists such as John Updike, Philip Roth, Tom Wolfe and Norman Mailer slug it out for the title of the Great American Novelist. But maybe they're wrong. Maybe, just maybe, the Great American Novelist is a woman.' The Herald