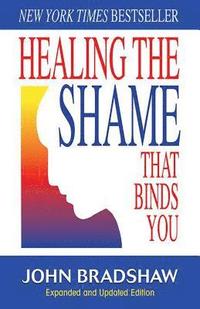 Healing the Shame That Binds You

av John Bradshaw
(1 röst)
Häftad Engelska, 2005-10-01
180
Köp
Spara som favorit
"I used to drink," writes John Bradshaw, "to solve the problems caused by drinking. The more I drank to relieve my shame-based loneliness and hurt, the more I felt ashamed." Shame is the motivator behind our toxic behaviors: the compulsion, co-dependency, addiction and drive to superachieve that breaks down the family and destroys personal lives. This book has helped millions identify their personal shame, understand the underlying reasons for it, address these root causes and release themselves from the shame that binds them to their past failures. Key Features This is not just a recovery book. Among other things, it is a classic book on identifying and working through unresolved family issues. Includes affirmations, visualizations, inner voice and feeling exercises. Strong supporting studies make this a popular book with counselors and other professionals. Completely updated and revised
Visa hela texten

John Bradshaw (1933-2016) has been called "America's leading personal growth expert." The author of five New York Times bestsellers, Bradshaw On: The Family, Healing the Shame That Binds You, Homecoming, Creating Love, and Family Secrets. He created and hosted four nationally broadcast PBS television series based on his best-selling books. John pioneered the concept of the "Inner Child" and brought the term "dysfunctional family" into the mainstream. He has touched and changed millions of lives through his books, television series, and his lectures and workshops around the country. During his career he worked as a counselor, theologian, management consultant, and public speaker, becoming one of the primary figures in the contemporary self-help movement.