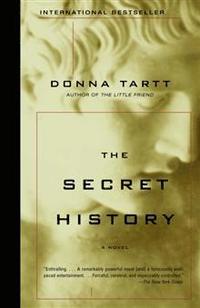 Köp
Spara som favorit
Kan levereras innan julafton!
Finns även som
Visa alla 5 format & utgåvor
Truly deserving of the accolade a modern classic, Donna Tartt's novel is a remarkable achievement-both compelling and elegant, dramatic and playful. Under the influence of their charismatic classics professor, a group of clever, eccentric misfits at an elite New England college discover a way of thinking and living that is a world away from the humdrum existence of their contemporaries. But when they go beyond the boundaries of normal morality their lives are changed profoundly and forever, and they discover how hard it can be to truly live and how easy it is to kill.
Visa hela texten