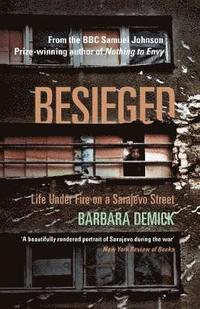 Life Under Fire on a Sarajevo Street

Barbara Demick's coverage of the war in Sarajevo won the George Polk Award and the Robert F. Kennedy Award, and she was a finalist for the Pulitzer Prize in international reporting. She is now a foreign correspondent for the Los Angeles Times, where she has reported from the Middle East and South Korea. In 2010 she won the BBC Samuel Johnson Prize for Nothing to Envy: Real Lives in North Korea. She is currently based in Beijing.