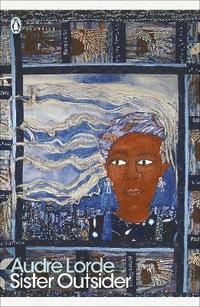 av Audre Lorde
Häftad Engelska, 2019-07-04
108
Köp
Spara som favorit
Kan levereras innan julafton!
Finns även som
Visa alla 5 format & utgåvor
The woman's place of power within each of us is neither white nor surface; it is dark, it is ancient, and it is deep The revolutionary writings of Audre Lorde gave voice to those 'outside the circle of this society's definition of acceptable women'. Uncompromising, angry and yet full of hope, this collection of her essential prose - essays, speeches, letters, interviews - explores race, sexuality, poetry, friendship, the erotic and the need for female solidarity, and includes her landmark piece 'The Master's Tools Will Never Dismantle the Master's House'. 'The truth of her writing is as necessary today as it's ever been' Guardian
Visa hela texten

Audre Lorde was a writer, feminist and civil rights activist - or, as she famously put it, 'Black, lesbian, mother, warrior, poet'. Born in New York in 1934, she had her first poem published while she was still in high school. After stints as a factory worker, ghost writer, social worker, X-ray technician, medical clerk, and arts and crafts supervisor, she became a librarian in Manhattan and gradually rose to prominence as a poet, essayist and speaker, anthologised by Langston Hughes, lauded by Adrienne Rich, and befriended by James Baldwin. She was made Poet Laureate of New York State in 1991, when she was awarded the Walt Whitman prize; she was also awarded honorary doctorates from Hunter, Oberlin and Haverford colleges. She died of cancer in 1992, aged 58.