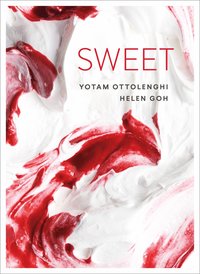 `Its every bit as tantalising as you'd expect' -- Jamie Oliver * Jamie's Magazine * an ode to desserts -- The Huffington Post * The Huffington Post * "insanely beautiful..(and) accessible" -- Publisher's Weekly * Publisher's Weekly * 'With every new Ottolenghi book comes a new ingredient that will move from specialist to mainstream.' -- Irish Times * Irish Times * 'All your books are such things of beauty....It really is a gorgeous book.' -- Marian Finucane Show * RTE Radio 1 *

Yotam Ottolenghi is the restaurateur and chef-patron of the four London-based Ottolenghi delis, as well as the NOPI and ROVI restaurants. He is the author of eight bestselling and multi-award-winning cookery books. Yotam has been a weekly columnist for the Saturday Guardian for over thirteen years and is a regular contributor to the New York Times. His commitment to the championing of vegetables, as well as ingredients once seen as 'exotic', has led to what some call 'The Ottolenghi effect'. This is shorthand for the creation of a meal which is full of colour, flavour, bounty and sunshine. Yotam lives in London with his familywww.ottolenghi.co.uk @Ottolenghi Helen was born in Malaysia but started her cooking career in Australia, where she had migrated with her family as a girl. After 7 years as head pastry chef at Donovans, a landmark Melbourne restaurant, she moved to London and soon joined Ottolenghi. She has worked closely with Yotam as the lead product developer for the past ten years. Helen draws widely on Asian, Western and Middle Eastern influences in her cooking - and of course, on her love of sweets.