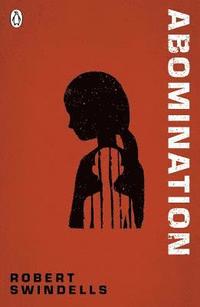 av Robert Swindells
Häftad Engelska, 2017-08-03
9-12 år
93
Köp
Spara som favorit
Finns även som
Visa alla 2 format & utgåvor
A powerful, disturbing thriller reissued in The Originals series of classic teenage fiction. Martha is twelve - and very different from other kids, because of her parents. Strict members of a religious group - the Brethren - their rules dominate Martha's life. And one rule is the most important of all: she must never ever invite anyone home. If she does, their shameful secret - Abomination - could be revealed. But as Martha makes her first real friend in Scott, a new boy at school, she begins to wonder. Is she doing the right thing by helping to keep Abomination a secret? And just how far will her parents go to prevent the truth from being known? The Originals are the pioneers of fiction for young adults. From political awakening, war and unrequited love to addiction, teenage pregnancy and nuclear holocaust, The Originals confront big issues and articulate difficult truths
Visa hela texten

"Plots which grip the reader from the opening paragraph." --Sunday Times on Ruby Tanya "A dark compelling story of religious intolerance . . . absolutely unmissible." --Bookseller "[Readers] are given a realistic look at survival in 1940s London and the hardships of living through war." --School Library Journal on Blitzed "Swindells' novel shows the excitement of the war at home." --Booklist on Blackout "Swindells' historical thriller is not just a mystery but a slice-of-life 'after the war' drama as well." --Booklist on A Skull in Shadows Lane "Suspense sprinkled with schoolgirl humor enlivens this fast-paced story to its final twist." --School Library Journal on Nightmare Stairs "Simply told but missing no opportunity to turn the screw of suspense." --School Librarian on Room 13 and Inside the Worm "Gripping . . . Swindells deftly explains the atmosphere of war-torn London . . . without bogging down the pace of the book. . . . well worth reading." --Publishers Weekly on Shrapnel

Robert Swindells was born in Bradford in 1939 and continues to live in Yorkshire. He left school at 15 and worked in a variety of jobs, including primary school teaching, before becoming a full-time writer. His widely acclaimed novels often reflect his political passions, such as BROTHER IN THE LAND, which is set in the aftermath of a nuclear war. He has won the Red House Children's Book Prize several times and in 1993 he won the prestigious Carnegie Medal for STONE COLD, a young adult novel about homelessness.