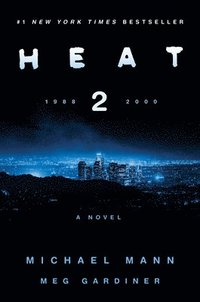 This new story leads up to the events of the film and then moves beyond it, featuring new characters on both sides of the law, new high-line heists, and breathtakingly cinematic action sequences. Ranging from the streets of L.A. to the inner sancta of rival Taiwanese crime syndicates in Paraguay to a massive drug cartel money-laundering operation just over the border in Mexico, HEAT 2 illuminates the dangerous workings of international crime organizations and the agents who pursue them as it provides a full-blooded portrait of the men and women who inhabit both worlds. Operatic in scope, HEAT 2 is engrossing, moving, and tragic ? a masterpiece of crime fiction from one of the most innovative and influential filmmakers in American cinema.
Visa hela texten