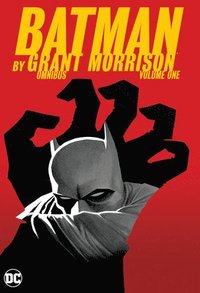 "A wildly entertaining ride that's been at all times challenging, unsettling, amusing, inventive, iconic and epic... one of the most exciting eras in Batman history."--IGN "Terrifically exciting"--VARIETY "[A] sweeping, emotionally draining saga."--PUBLISHERS WEEKLY "Game-changing redefining of the Caped Crusader."--ENTERTAINMENT WEEKLY SHELF LIFE

Writer Grant Morrison is known for his innovative work on comics from the graphic novel BATMAN: ARKHAM ASYLUM to acclaimed runs on ANIMAL MAN and DOOM PATROL, as well as his subversive creator-owned titles such as THE INVISIBLES, SEAGUY and WE3. Grant has also written best-selling runs on JLA, SEVEN SOLDIERS OF VICTORY and NEW X-MEN and helped to reinvent the DC Universe in THE MULTIVERSITY, ALL-STAR SUPERMAN, 52, BATMAN, BATMAN and ROBIN and BATMAN, INCORPORATED.