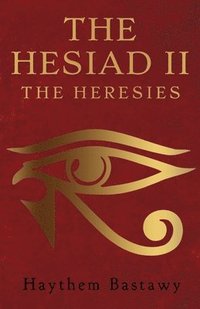 av Haythem Bastawy
Häftad Engelska, 2020-08-27
126
Köp
Spara som favorit
Rich, powerful and lyrical verse inspired by the mythical origins of the gods of Egypt. The book is a dystopian thriller that traces the return of the ancient Egyptian god, Horus, in human form after an ancient battle and how he navigates his way through contemporary life through a series of incarnations. This is the second book in the trilogy.
Visa hela texten

Haythem Bastawy holds a PhD in English and History. He is a Fellow of the British Higher Education Academy and a Fellow of the Royal Anthropological Institute and a former Teaching Fellow in Drama and Postcolonial Literature at the University of Leeds. He received the John Murray Prize for the distinction of his research in 2015 and the SWAPCA Languages and Literature Award in the US in February 2017 and has published widely on various aspects of English Literature and History. He is in the top 1% of Academia worldwide author ranking. His poetry is inspired by his travels and adventures and is rooted in classical literature.