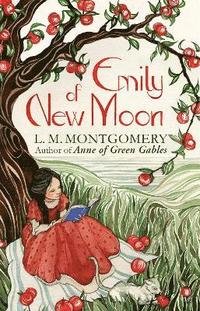 av L M Montgomery
Häftad Engelska, 2013-11-07
9-12 år
95
Köp
Spara som favorit
Finns även som
Visa alla 1 format & utgåvor
Emily Starr has never known what it is to be unloved. But when her father dies, she is left in the care of her mother's family. Emily is a stranger to the proud Murrays, none of whom think they can cope with such a heartbroken, headstrong girl. They decide to draw lots for her, and Emily is sent to live at New Moon with stern Aunt Elizabeth, the head of the clan. Kind Aunt Laura and friendly, eccentric Cousin Jimmy also live at New Moon, though, so she is not without hope. Emily is enchanted by New Moon, but cannot believe she will ever belong there. With her lively imagination and dreams of being a famous writer, she seems to have a talent for scandalising her family. Before long, though, she has made firm friends: Ilse, a tomboy with a blazing temper, Teddy, an aspiring artist, and Perry, the ambitious houseboy. She brings so much life to New Moon, perhaps one day even Aunt Elizabeth will consider herself lucky to have 'won' Emily.
Visa hela texten

L. M. Montgomery was born in 1874 on Prince Edward Island, Canada, where she spent her childhood living with her grandparents in an old farmhouse. A prolific writer, she published many short stories, poems and novels, many of which were inspired by the years she spent on the beautiful Prince Edward Island. Anne of Green Gables and its sequels have always been amongst the most popular of children's classics, yet many readers consider the Emily trilogy to be better, and indeed, Emily was the author's own favourite character. Montgomery died in Toronto in 1942 and was buried on her beloved island.