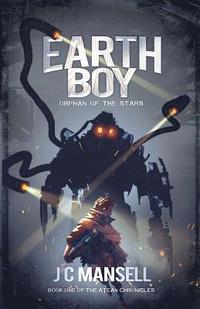 Orphan of the stars

Following a mysterious letter from his new-found Uncle Karl, Elliot escapes the oppressive orphanage and travels to the coldest end of Sweden ? and to the stars beyond. But Elliot is hunted by something equally cold and sinister, something that wants him dead and all that he represents forever forgotten.

Following clues left behind by his enigmatic uncle, Elliot is hurtled out and beyond the solar system and into the galactic melting pot of strange aliens, unearthly wonders, ancient mysteries and intricate conspiracies.