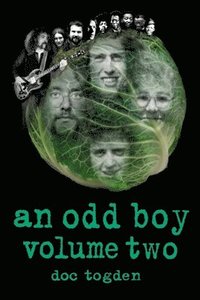 A tragic chaotic emotional hiatus thrusts him choicelessly on stage alone, as a weird solo-Bluesman with a maniacal talk-in.

He meets John Martyn, Jo Ann Kelly, and Mike Cooper. Art School looms and Doc finds himself standing alone with his Blues harp and faux-resophonic guitar - waiting for Papa Legba at yet another crossroads ...

""Deeply touched by what you wrote""
- John Martyn

Praise for Volume one:
""One spectacular sentence after another - a delight to read""
- Deborah Magone

""The taste of some exotic food on the tip of the tongue - unsure of what it is you like - but you must try more and more ...""
- Colin J. Tozer
Visa hela texten